Elijah Wood The Hobbit Lord Of The Rings

Elijah Wood found it ''bizarre'' to head back to New Zealand to reprise his 'Lord Of The Rings' role of Frodo Baggins to shoot scenes for 'The Hobbit'. 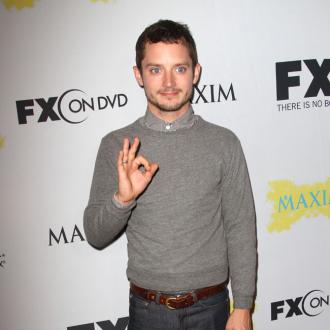 Elijah Wood found it ''bizarre'' to head back to New Zealand to shoot scenes for 'The Hobbit'.

The actor reprised his 'Lord Of The Rings' role of Frodo Baggins in the forthcoming prequel series and had a ''wonderful'' time catching up with old friends, though it was a surreal experience.

He said: ''It's sort of bizarre and it also echoes the last film in the 'Rings' series where there's a million endings. It was really wonderful to catch up with the entire cast. You know, a lot of these young guys had come to New Zealand for the first time and found themselves in a similar place to where we all had been [filming 'Rings'] and finding that same enthusiasm and connection among them was great. I mean, 13 dwarves! It's certainly more than four Hobbits.''

Elijah admits he is always astonished to return to New Zealand as each time he has finished working on one of the movies he thought it would be his last trip.

He told Empire magazine: ''We finished principal photography, and at that moment we really thought that would be the last time we'd ever be in New Zealand filming. And then we were back every year until [third 'Lord of the Rings' film] 'Return of the King'. Then we thought, 'That's it'. And then I came back to do this!''