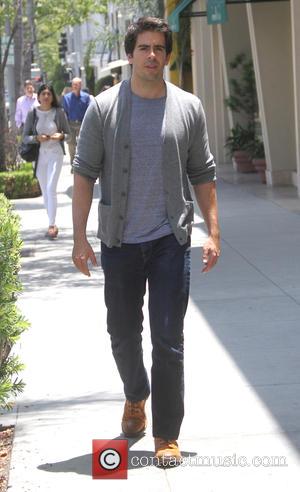 The cannibal project, which is set in the Amazon, marked Roth's first directorial feature in eight years and was expected to be unveiled in September (14), but plans for its release were thrown into disarray when Worldview Entertainment executives decided against honouring former CEO Christopher Woodrow's commitment to finance its promotion.

However, Roth had reason to celebrate on Monday (01Jun15) after announcing bosses at Blumhouse Productions label, BH Tilt, would be helping to cover costs for The Green Inferno's launch on 25 September (15).

A statement released by Roth reads: "The Green Inferno is a wild, fun ride that took us deeper into the Amazon than anyone has ever taken a film crew.

"BH Tilt is a forward thinking label that is helping to redefine how genre movies can be released. I want to express my deep gratitude to the fans for their incredible support of this movie and to everyone at Blumhouse and Universal for making sure fans can experience the film in theaters across the country."

The Green Inferno is particularly special to Roth because it stars his wife, Lorenza Izzo, who he wed in November (14) in her native Chile.