There's a school of thought in electronic music circles - well, actually we've just made it up - that performers in it's general arc get to experiment a lot more than their counterparts in more traditional spheres. Elektro Guzzi are a 'Techo-tanzband' from Germany who seem to be re-writing the rules to suit themselves: out go overdubs, Ableton and the tightened synthetics which generate so much of the output we hear today. These elements are replaced by a live recording process, using only analogue instruments. The results are mind boggling; a record that pulses with the throb of modern abstract club music, made only from stuff of which most laptop jockeys wouldn't even know which end to pick up. 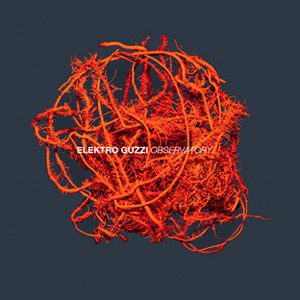 On their third album - after 2010's eponymous first and it's subsequent follow up 'Parquet' -  'Observatory', Bernhard Hammer, Jakob Schneidewind and Bernhard Breuer are going for broke, piling on the intensity and leaving the listener scratching their head as to understand how the sum of the instrumental parts makes such a monstrous whole.

Clearing themselves of limitations as much as anything else, this is travelogue music par excellence. Opener 'Rough Tide' spinning over and over on axes of tribal percussion and free-wheeling fuzz, the band have described this gestalt as their desired coda for the whole album, namely being: "Futuristic, but also dirty and away from the minimal approach."

Perhaps understandably, there's a noticeable krautrock undercurrent, one which manifests itself most clearly on 'Acid Camouflage'; a disorientating ride that encases listeners within a perpetual machine, swallowing up mile after mile of darkened asphalt in the process. Latching on to familiar precedents out of this fog isn't easy, but on 'Alaska Glide' there are parallels which can be drawn to Jon Hopkins' 'Open Eye Signal', whilst 'Trojan Robot' is as close to any kind of dancefloor the trio ever get, the chattering hi-hat and muscular synth pads surely giving left field DJs a nudge.

Occasionally, the battling tensions of movement and trance spill onto the same track, as 'Atlas' changes pitch mid-stream from cinematic IDM to day-glo rave up. It's yet another divergence on an album that sometimes feels like a maze but, despite these inaccessible pockets, the lasting impression is one of three men who're more concerned about head grooves than climbing out of the underground. It's clearly what they do best, as closer 'The Grist' proves, minimal guitar and bass held tautly against robotnik percussion which eventually gives way to some fuzzy warmth towards the end.

Not, admittedly, for everyone, 'Observatory' cements neatly our theory that the eggheads have more license to just do it than the greasy rock n' rollers. Except Elektro Guzzi are doing it with guitars. So... well, you'll just have to figure it out for yourselves. 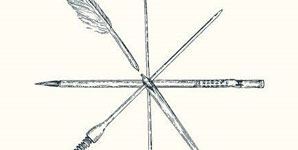 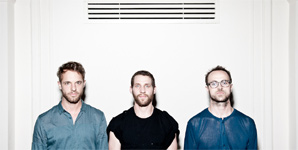