As the days get progressively colder and shorter, and world leaders try to attempt to agree on a way to arrest the rise in global temperatures, November ushers in celebrations of light, gunpowder and treason. As well as Diwali and Guy Fawkes night, November also sees people observing The Day Of The Dead, All Saints Day, Remembrance Sunday and Thanksgiving. Whilst some may be excited that November is also the month to mark World Television Day, or even Dr Who Day, some of you may be eagerly awaiting Taylor's Version of Red or even Gary Barlow's first festive album - The Dream Of Christmas. Other 'notable' releases this month include Hanson's new album - Against The World, Westlife's Wild Dreams and Sting's The Bridge. As good as they be, they weren't hot enough to make the cut! Let's see who fired up our imagination and lit the blue touch paper. 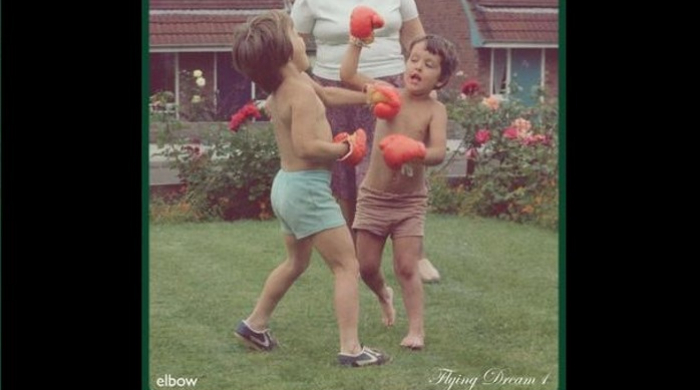 Manchester's Mercury Prize winning band return with their first album of new material since they released Giants Of All Sizes back in October 2019. Guy Garvey and his band worked "remotely" in isolation during lockdown when writing the current album before coming together at Brighton's Theatre Royal to "perfect, perform, and record" Flying Dream 1, their ninth studio album. Talking about laying down the new album Guy Garvey said recently that - "Recording in a splendid generous space with no audience was something that throws an anchor in the times that the record was made in. We realised we were making a record free of the usual creative guidelines." He added that - "Hiring a two hundred year old theatre that has never in its history been closed for so long was something that could only be done under the circumstances…. Nice to turn it on its head in that way." The ten track album has already given up it's lead single - The Seldom Seem Kid and Six Words and we can't wait to hear the remaining eight!

What's an odd forty years between friends, especially when those 'friends' of their adoring fans are ABBA? VOYAGE, ABBA's first new album since 1981's The Visitors, is the eagerly awaited follow up that has been a long time coming for the Swede's army of devoted fans. In the four decades since ABBA last released an album an awful lot has changed but the appetite for new ABBA music is undiminished, in fact it's probably greater now than in their 70's hey day. The band's first three singles, I Still Have Faith In You/Don't Shut Me Down and Just A Notion, have seen ABBA receive unprecedented attention and the announcement of 'live' shows in 2022 has only served to fuel the fire. "Mamma mia, here I go again. My, my, how can I resist you? Mamma mia, does it show again. My, my, just how much I've missed you? Exactly!!

Although Adele can't compete with ABBA on the gap between albums, 30 has also taken it's time to arrive. Adele's follow up to her last album, 25, has been six years in the making, although the latter part of that delay has been attributed to last year's lockdowns. Adele's fourth album, her "divorce album", will undoubtedly be competing with both ABBA and Ed Sheeran for the biggest selling album of 2021. The lead single from 30, the apologetic and emotional Easy On Me, has already seen Adele bag the number one slot on the UK singles chart and is unlikely to be budged for a while yet. Whilst Adele has been dealing with a turbulent, and poured over personal life since she last released an album, she has lost none of her fans. Demand for new Adele songs, however familiar they may sound, remains high. She does precisely what it says on the tin, and that is more than enough to satisfy her sycophantic followers.

Prodigious and prolific artist Damon Albarn follows up his debut solo album, Everyday Robots, with his latest release, The Nearer The Fountain, More Pure The Stream Flows. Whilst it may have taken the former Blur front man more than seven years to release another solo album, he's not exactly been slacking in the interim! His virtual band Gorillaz have been busier than ever of late with the release of new material and the performance of live gigs. Damon's latest solo work started it's life in Iceland as an orchestral project and has since developed into 11 tracks that "further explore themes of fragility, loss, emergence and rebirth." The album has already given up four singles, including the John Clare inspired title track and Polaris, which Albarn said is - "a name given to the Northern Star, throughout the ages that's always been a point of orientation for travellers and mariners when they're lost, and I thought that was a nice metaphor for the times we've been living through....and it's about finding yourself." The introspective soundscapes showcase yet another of Damon's incredible talents an we can't wait to hear more.

Australian singer-songwriter Courtney Barnett is set to release her third album - Things Take Time, Take Time, via Marathon Artists on November 12th. Barnett's follow up to 2018's Tell Me How You Really Feel was recorded in Sydney and Melbourne at the end of 2020 and the beginning of 2021 and has thus far given up three of it's ten tracks - Before You Gotta Go, Rae Street and the more up beat recent single - Write A List Of Things To Look Forward To. Barnett's distinctive delivery and lyrical dexterity are very much still in evidence on her latest work which is, according to a recent press statement, "an exquisite look at Courtney’s private world, and consequently her most beautiful and intimate record to date, with songs dealing unabashedly with love, renewal, healing and self-discovery."