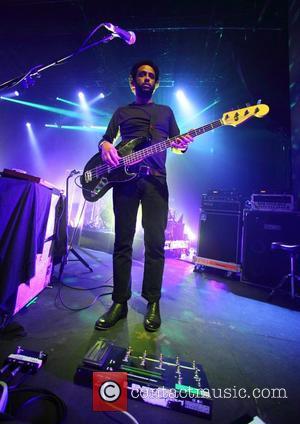 Elbow frontman Guy Garvey is heading to New York to write the music for a new King Kong stage show.

The British rocker has been hired to help create a new Broadway musical based on the famous movie monster along with Massive Attack star Robert Del Naja.

Garvey's band will take a six-month hiatus after they wrap up their U.K. tour in December (12) and the singer will then jet to the U.S. to begin work on the King Kong project.

He tells British newspaper The Sun, "I was invited to join in by Robert Del Naja from Massive Attack. We've been working on it for a while. We've (Elbow) got our arena tour this November and December, which will be like a farewell party...

"As soon as the tour ends I'm off to New York for six months. Where better to write songs for a King Kong musical than the place it's set?"

The King Kong musical is due to premiere next summer (13).