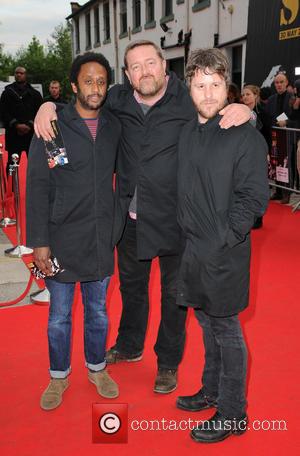 The singer split from his long-term girlfriend Emma Unsworth and subsequently emigrated to America in 2012 in a bid to heal his broken heart.

Garvey admits the lifestyle change helped him move on from the split, telling British newspaper The Independent, "The comic image that occurred to me was, 'Get me there as soon as possible, put me in a cannon and fire me over the ocean'. I desperately needed to be anonymous, to find out who I am on my own with a truncated love-affair in tow. Approaching 40 and re-evaluating your long-term plans, it was great to have somewhere, and to be in the financial situation where I could just f**k off there when everything was getting heavy... It never solves any long-term problems to geographically run away from sadness, but it's definitely a help to have a sticking-plaster in that wonderful, vibrant, crazy city."