Elbow Frontman Guy Garvey Is Considering "Settling Down And Having A Family" With His New Actress Girlfriend Rachael Stirling. 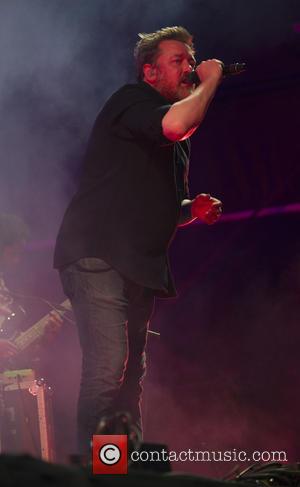 The British singer was heartbroken when he split from writer Emma Unsworth, his girlfriend of almost 10 years, and he subsequently relocated to New York to get over the relationship.

He has now moved on with Rachael, the daughter of acting veteran Diana Rigg, and he admits the romance is getting serious.

"She is lovely. Her mum is Diana Rigg and yes, we are courting. We get on," he tells Britain's The Sun newspaper. "She only knew one Elbow song. It's a meeting of minds and interests. If you've not got the same morals and politics, it's pointless being with somebody. I've never been an Adonis and, at our age, we just get on with enjoying time together.

"She is 37 and I am 41, so of course settling down and having a family are on our minds... There are so many different paths your life can take and you want to explore them all but eventually you have to make some decisions."

He also credits Rachael with inspiring two tracks on his first solo album, Courting the Squall, adding, "It's going well and she is directly responsible for the song Angela's Eyes, while Unwind is about those questions you ask someone at the beginning of a relationship."

Rachael, who has appeared in movies Snow White and the Huntsman and The Young Victoria, was previously engaged to fellow actor Oliver Chris, but they split in 2011.