Twenty years ago Elbow released their formative debut album, 'Asleep In The Back', an album that would mark the start of a remarkable string of stunning album releases that followed.

There have been plenty of bands who've had a Mercury Prize nomination for their debut album; Elastica, Leftfield, Oasis, Tricky, Coldplay, The Streets, Editors, Bat For Lashes and Laura Marling etc were all nominated but didn't win. Portishead, Talvin Singh, The Klaxons, The xx, alt-J and Dave however are among the artists nominated for their debut albums, who then went on to win it. Back in 2001, when Asleep In The Back was released, Elbow were also nominated for their 'debut' album, however, the album that they were nominated for was the result of two momentous decisions. Firstly, the band were dropped from their original record label, Island, and secondly, they themselves were not happy with the first set of songs they had recorded that were initially intended as a debut album release. I'm guessing that of the Mercury Prize nominees, Elbow are unique in how they arrived at their first album. It's a strong willed and tough act of quality control to scrap everything and start over, but that's what Elbow did, and that's why we have Asleep In The Back. 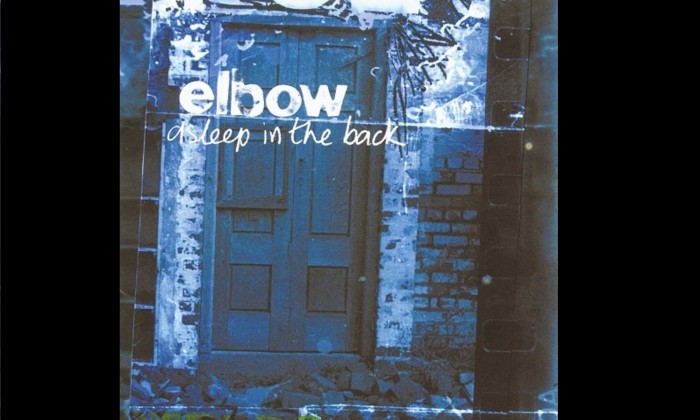 Elbow didn't win The Mercury Prize in 2001, they had to wait another seven years before that happened when they won for their fourth album, Seldom Seen Kid. Their are numerous reasons why Asleep In The Back did not win that year. The main two would have to be, the competition was very, very strong and also they still hadn't quite found their signature sound. In 2001 Elbow were out of their league, they were playing in the premier league with some seriously stiff competition. Going up against Radiohead, Goldfrapp, Gorillaz and the eventual, deserving, winner that year, PJ Harvey was like a baptism of fire. As good as Asleep In The Back is, and it is undoubtedly very good, it is no match for Stories from the City, Stories from the Sea.

Asleep In The Back, is a fantastic introduction to Elbow and is a great pointer to what was to come. In hindsight it is slightly curious that the subsequent two albums that followed from Elbow, Cast Of Thousands and Leaders Of The Free World, were also not nominated as, arguably, they are better Elbow albums.

The tracks that bookend the album are two of Elbow's defining tracks from that era of the band and are both highlights from the original album. The delicate, laid back, organ lead beauty of Any Day Now and the majestic tenderness of Scattered Black and Whites show what the band are capable of at their very best. Scattered Black and Whites in particular is Guy Garvey coming into his own lyrically. Both tracks show the restraint that Elbow are capable of in crafting their songs. The less is more approach which has evolved further over the years is evident here on both tracks.

The confidence to hold back, or pair back the arrangement, is not born out over the entire album. Elbow have seldom repeated the cacophony of sound that they produced to close out the their epic track, Newborn, or entered into the Post-Punk shredded guitars and Tusk (Fleetwood Mac) percussion that they produced on Bitten By The Tailfly. Neither have they reproduced the am-dram exploration of Presuming Ed (Rest Easy). This track has not aged well. It sounds a little like they'd been listening to 'A Saucerful Of Secrets' but the result is a 6th form end of year production at best.

Powder Blue, Elbow's second single from the album, is one of the many tracks that still stand up very well. Guy's vocal is near to finding it's sweet spot and the soundtrack to compliment the vocals is a sumptuous pillow of sound on which it rests. Red, the album's lead single, released a few weeks ahead of the album, is similarly set. It was by no means the most immediate or commercial proposition on Asleep In The Back, however it did serve very well as an introduction to the album and a follow up to the band's Any Day Now EP, released in January of the same year.

As a debut album, Asleep In The Back, is a very good, but, it's not Elbow at their best and that's, to some degree, how it is now measured. Asleep In The Back is less claustrophobic than some of Elbow's other material, it doesn't envelope you and wrap you up, there is still wriggle room and a lightness that disappears on later work. It may be the band or the production, or both, that factor into this mix but Elbow definitely shifted their emphasis slightly after this album as they found their signature sound. Guy Garvey showed signs of the lyrical prowess he has become known for on Asleep In The Back and the band began to build a platform from which they would deliver their musical masterpieces. Without Asleep In The Back there would be no Not A Job, Station Approach, One Day Like This or lippy kids.