Review of The Seldom Seen Kid Album by Elbow 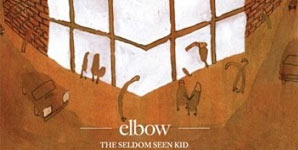 Elbow have been out of the limelight for a fair spell of time, and what better instant to come back than in the wake of a new year; new beginnings, new revivals, new revitalizations, and all that jazz. To be frank "The Seldom Seen Kid" is a fabulous album to rejuvenate ones career with. It's magical, thought-provoking, dynamic and most-of-all it's classic Elbow.

This band has always come under tough criticism from music-critics. They've always been put down, tore to shreds, kicked in the teeth and have frankly had an immense wall erected between them and creditability. Honestly, it's a shame that they've been treated that way because, underneath the surface, they are totally exquisite and utterly ingenious. "The Seldom Seen Kid" is jam-packed with really strong and inspiring tracks. Some beautiful acoustic songs, alongside some fairly vibrant and atmospheric tunes.a great comeback album from a band that have been sorely missed.