On her forth album, Sarah Assbring, the Swedish siren behind the noms de plume El Perro Del Mar, moves further away from the twinkling doo-wop and Scando-folk of her earliest releases into the ever-more populated realm of patchwork pop. Recently, artists such as Ariel Pink, Twin Shadow and Destroyer have cherry picked the sensibilities of the Sixties, the melodies of the Seventies and the AM radio production of the eighties to create a retro-modern vibe, and on Pale Fire El Perro Del Mar do the same, if in a manner that is much more streamlined and respectful to the heart of these eras and not their oddities. 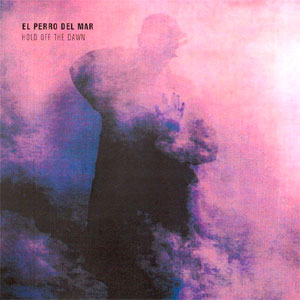 The opener 'Pale Fire' has the scattered percussion and twirling horns of the aforementioned Destroyer's calling card 'Kaputt', with Sarah's cooing offering a fascinating contradiction to the pulsing bass drum that makes itself known at the halfway point. The way it folds and unfolds brings to mind Kate Bush's 'Cloudbusting'; the vocals are always given centre-stage and their message is direct, so much so that it takes several listens to appreciate how complex and perfectly layered the orchestration is behind it.

Further on, 'Hold Off The Dawn' finds itself in similar territory to Yeasayer circa Odd Blood and previous labelmates The Ruby Suns, with rolling tribal drums and lazy guitar lines offering the slightest nods to post-punk and new wave. Though such a comparison may put off many listeners, if you transplant El Perro's sighs for the cocksure howls of Sting it could easily be one of The Police's less sickly moments.

On its quieter moments, Pale Fire shines just as brightly. 'I Was A Boy' is a gorgeous slow-burner that links arms between the latest offerings from Bon Iver and The Antlers, restraining itself from bursting into the epic climax your mind is playing out in front of it but being all the better for it, and the finale is just as powerful. Previously, these tracks would have amounted to little more than a flutter, but in saying goodbye to her roots and embracing a far, far vaster spectrum of sounds, El Perro Del Mar now has the power to turn them into utterly compelling pop gems, and she does so in abundance.