Disney are planning to release a live action 'Dumbo' film which will re-tell the touching story of a baby elephant who learns to fly with a new human story. 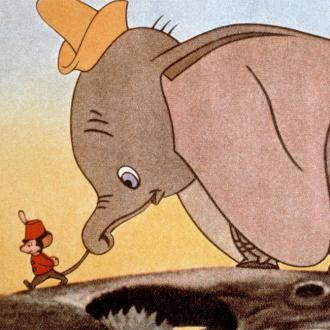 Disney is planning to release a live action 'Dumbo' movie.

The company has started work on a new version of the touching animated film about a baby circus elephant who learns how to fly with his huge ears after being befriended by a mouse, Timothy, when he is orphaned.

According to The Hollywood Reporter, Disney has hired 'Transformers: Age of Extinction' writer Ehren Kruger to pen the script and the film is set to feature a human story which parallels Dumbo's journey.

Kruger is also acting as a producer along with Justin Springer, who worked on 'Tron: Legacy' and 'Oblivion'.

'Dumbo' was released in 1941 and is the fourth animated feature in the Walt Disney Animated Classics series.

The film is one of the company's most beloved and included some memorable Disney songs including 'When I See An Elephant Fly' and 'Baby Mine' - which was nominated for an Oscar.

The project is Disney's latest foray into live action movies.

'Maleficent' - starring Angelina Jolie - is a live action re-imagining of 1959 animation 'Sleeping Beauty' - while 2010's 'Alice in Wonderland' was an update on the 1951 animation.

Disney is currently working on a live action version of their classic 1967 cartoon movie 'The Jungle Book', which will feature Sir Ben Kingsley, Idris Elba, Lupita Nyong'o and Scarlett Johansson providing voices to the animal characters.