Review of Piramida Album by Efterklang

You assume that a band with a name like Efterklang are some sort of hirsute German krautrockers, obsessed with their own dictatorial minimalism. In fact, the now reduced trio of Casper Clausen, Mads Brauer and Rasmus Stolberg - drummer and trumpet player Thomas Husmer left last year - are from Copenhagen, and whilst at times in the past they've had to withstand accusations of pretentiousness, Piramida threatens to nudge them into full view of the mainstream.

Given the manner in which some of its source materials were procured, that's an outcome which seems scarcely credible. The album's named after a Norwegian ghost town abandoned by the Russians at the end of the last century, one that contains items like the most northerly grand piano on the planet amongst many other artefacts equally weird and wonderful. As their brief "Making of" video documents, Clausen and co. spent ten days there gathering hours of eccentric, haunting and sometimes plain odd field recordings, subsequently making them the basis of a remarkable group of songs which fall in tone somewhere between Brian Eno, Sigur Ros and Glasgow's almost legendary The Blue Nile. What's remarkable is that despite ostensibly writing about a small group of ugly and abandoned cold war buildings, the trio have created an atmosphere of warmth; the music possessed of a deep sense of spirituality. The six minutes plus of Black Summer are understatedly epic, building choirs of brass on mountains of wild, blue eyed Nordic soul. The effect is cathartic to the extent that repeated listens bring forward a revelation. After searching for the moment a little, you suddenly realise that it's everything you'd love an Elbow song to actually sound like.

Once those particular doors of perception have been blown off, the realisations come in waves; on Piramida, Efterklang have managed to make big sound vulnerable, intelligent and brave. All this is synthesised from fragments generated by objects which men have rejected as having used up their earthly purpose, the exercise like a grand, genius game of skip raiding. It's a slow burning entrapment, but with the lo-fi electronica of The Living Layer they're evoking all sorts of hallucinations of trees, sunsets and flowers, despite using little more than a few looped pulses and a wavering voice.

Having worked in both film and orchestral situations, there's also a sense of space and proportion, of elements being arranged in loose syncopation. On The Ghost they broker the same kind of arid, stripped back to nothingness funk of Matthew Dear's latest essay Beams, whilst Apples sweeps with faux brass and a sense of rolling, noir-ish minimalism.

As well as an ability to conjure something from nothing in particular, the surprises continue to arrive as the final couple of songs take the principles of soulful Americana, of far off Laurel Canyon, and subvert them utterly. Between The Walls spidery 8-bit undertow is contrasted by an intermittent angelic falsetto, Shining Sweet Freedom is seen from above the Arctic Circle. The willowy closer Monument is party's over, unforgiving neon soaked streets of guilt for Hopper's Nighthawks thrown forward a generation or three. Either are contenders for Piramida's outstanding moment.

So there you have it; with the pop world and everything else now divided beyond conciliation, what was once perceived as avant garde is now just another way of working. Whether they want to or not, Efterklang now stand at the point where explaining the origin of their name becomes more necessary than how they make their music. If the likes of Death Cab For Cutie can escape their formerly cliquey event horizon, by extension Piramida surely represents your last chance to see them in a natural habitat. 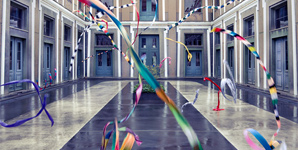 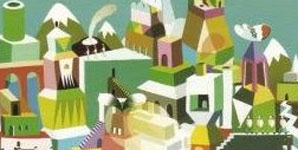