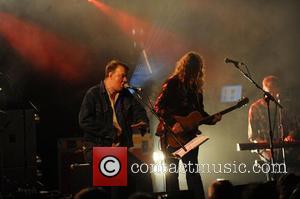 Scottish rocker Edwyn Collins is set to be honoured for his music career at an awards ceremony in London in November (11).
The former Orange Juice frontman will be presented with the Outstanding Contribution to Music trophy at the second annual Association of Independent Music's (Aim) Independent Music Awards.
A delighted Collins says, "How gracious of Aim to consider me, I'm most flattered. Thirty years of rock 'n' roll independence! It's where I started and I'm not there yet. I think it's the future, young people."
Bjork was the first ever recipient of the prize last year (11).
The prizegiving will be held in London on 29 October (12).