These guys are signed to the Rough Trade label, so instantly they have a lot to live up given RT's track record. Their debut album 'Up From Below' will be released in the summer and these three tracks have been doing the rounds in anticipation of its release.

The press info states that the band have been performing live for around two years and that fans have been known to be so overcome with emotion at their live shows that tears of euphoric joy are not uncommon. So, is this true?

Well, I can't say I have seen them live but I have heard them recorded and yes, I admit, a small tear of euphoric joy did form in one eye. So as I write this review with a watery eye I will try and express my feelings about old Eddie and his North loving nobodies.

The band has, what I can only describe as, a gypsy sound sort of like the Hot Flowers if you know what I mean? No. Well me either. From what I gather there is about ten people in the band, both male and female and a concoction of instruments and lashings of vocal layers.

Based on this sampler I personally will buy the album to see what this is all about. If anything their eclectic sound makes a nice change from the norm one feels. Quite! 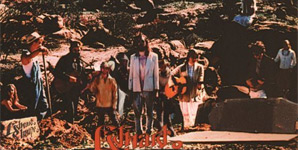 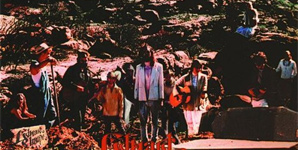