After playing the role of a leper king in 'Kingdom of Heaven', Edward Norton has talked about how he wished the role went uncredited to maintain mystery around the character. 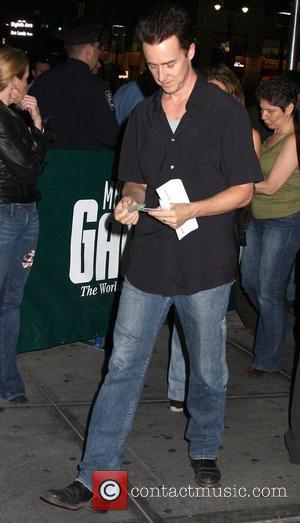 'Fight Club' star Edward Norton doesn't think that his role in 'Kingdom of Heaven' should have been credited, in order to add mystery to the character. Norton portrays King Baldwin in the Ridley Scott epic - the masked king of Jerusalem afflicted with leprosy. The 'Best Actor' and 'Best Supporting Actor' nominee believes, however, that if the role had gone uncredited, it would have added to the characterisation of Orlando Bloom's lead role.

Norton explained the reasons behind these thoughts to 'Empire' magazine, saying: "I didn't want to be billed because Orlando Bloom's character keeps hearing about him. There's this anticipation, this big mystery about him. It's the whole point. And it was a free trip to Morocco!"