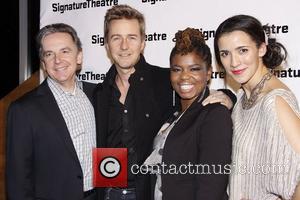 Actor-turned-activist Edward Norton has launched a new Earth Day contest offering $50,000 (£31,150) to charities which raise the most money for an eco-friendly cause.
The Fight Club star, who is a United Nations Ambassador for Biodiversity, will reward the three campaigns that pull in the most donations for environmental initiatives by 15 May (12).
He says, "I think it's very clear that figuring out how to live sustainably within the environmental systems that support us is the defining challenge of our era.
"Earth Day is important because it's about waking up more people to that challenge and committing to engage in it ourselves."
The first place winner will receive $25,000 (£15,625), while second and third places will get $15,000 (£9,374) and $10,000 (£6,250) respectively.
Actor Ian Somerhalder's IS Foundation is among the charities which have entered the competition thus far.