David Sampliner challenges his masculine identity in a telling documentary.

Edward Norton joins the team of David Sampliner's poignant forthcoming documentary 'My Own Man' as executive producer, as it prepares to air exclusively on Netflix this Spring having premiered at the Tribeca Film Festival last year.

Academy Award nominated actor Norton returns to film production with 'My Own Man', having previously worked on the Primetime Emmy winning documentary 'By the People: The Election of Barack Obama'. This new movie, a Netflix Original Documentary, is a little more personal, detailing the ever changing relationships between fathers and their sons, as it follows director Sampliner's difficult journey into parenthood.

As director, writer and producer, 40-year-old Sampliner may have had a lot of control over the production of the documentary - but the content we are presented with show a man struggling to maintain any kind of control over his identity and his life as he discovers that he has a baby boy on the way. His friends and family see him as an open, caring and sensitive man; qualities not readily associated with virile masculinity; but now that he has the responsibility of bringing up a young man, he starts to feel that now's the time to man up. In a bid to become more 'manly' he attempts to bond with his own father - a man who epitomises everything he himself is not - as well as indulging in tough guy activities such as boxing and deer hunting. But as the documentary goes on, it becomes clear that releasing his inner male is about accepting who he is and being the father he wants to be. 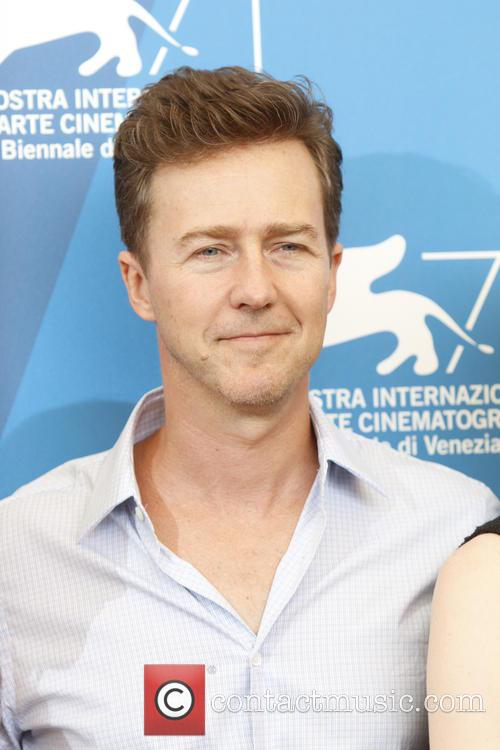 Edward Norton is executive producer on 'My Own Man'

'When I started making this film, I wanted to document an experience I shared with a lot of my peers: becoming a husband and father in a time when the roles for men were changing so dramatically', Sampliner explains. 'But in the course of shooting over seven years, I realized that discovering how to be a 21st century dad meant coming to terms with my own father.' Sampliner first ventured into documentary making with Tim Nackashi in 2004's career film 'Dirty Work' - a film which also saw the support of Edward Norton in his own first stint in a documentary.

''My Own Man' is as deeply personal as filmmaking can get', Norton says about the movie. 'You rarely see an artist document their own personal experience with such candour and simultaneously offer such deep insights into the very universal struggle to communicate within a family.'

'My Own Man' joins the likes of 'Virunga', 'E-Team' and 'The Battered B*****ds of Baseball' as an Original Documentary on Netflix - the world's biggest internet/TV network which continues to attract numerous subscribers every year and now stands at around $53 million members. 'We're proud to be working with Edward Norton and David Sampliner on this film', says Netflix Original Documentary and Comedy Vice President Lisa Nishimura. 'My Own Man is both an exploration of the new masculinity and an examination of age-old differences between fathers and sons.'