With movies and theatre embodying the very essence of escapism, it is a time-honoured idea to set a play or film within the entertainment industry (2011's 'The Artist', for example). This is a chance to play around with ideas and themes often reflected on and behind the screen or stage, or so actor Ed Norton believes. "I think it's always fun when you have a movie about people inside the trade of entertainment," says Norton, "and then you have people who are obviously inside the business themselves and are willing to stick a fork in it a little bit. This is very much in that tradition." 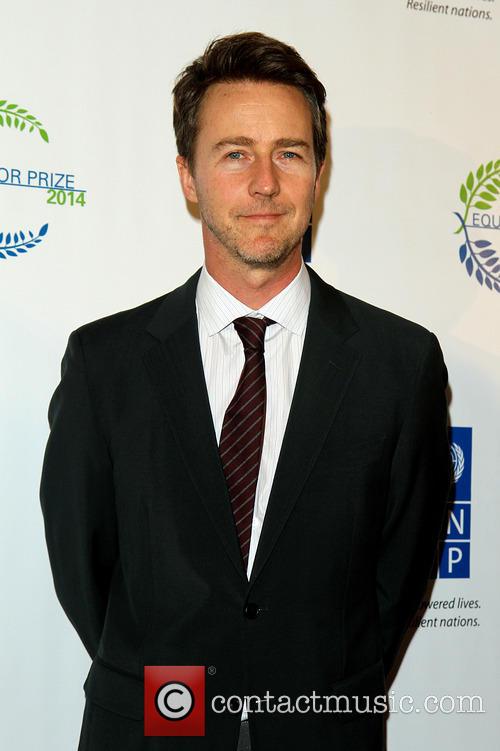 Ed Norton spoke about his role in Birdman

Norton is currently promoting 'Birdman', where he stars alongside Michael Keaton and Emma Stone. 'Birdman or (The Unexpected Virtue of Ignorance)', tells the story of Riggan (Keaton), an aging actor, best known for his appearance in an old superhero film series. In an attempt to maintain relevance, Riggan adapts a novel for the stage and prepares to make his Broadway debut. From there, the film expands on writer/director Alejandro González Iñárritu's own fears of irrelevance within the entertainment industry.

More: Who's Michael Keaton's Birdman character really based on?

In an interview with Ed Norton, he explained the sentiment behind the film, saying: "The movie really resides inside [Riggan's] bubble of emotional stress, spiritual stress and midlife anxiety." He continues on to explain that "He has real issues confusing admiration for love and I think in that sense it becomes 'profound' and relatable to anybody because those are difficult things to understand the difference between and we are all hung-up on what other people think of us, maybe a little too much."

'Birdman' is currently receiving rave reviews from critics and audiences alike, with 71st Venice International Film Festival awarding the film the 'Little Golden Lion' award, along with the 'P. Nazareno Taddei Award', 'Future Film Festival Digital Award' and 'Soundtrack Stars for Best Score Award'. It is due to be released in worldwide in January, 2015.

Watch the trailer for Birdman here: