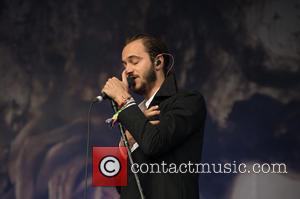 Last time around The Smurfs got lousy reviews but managed to take in $563.7 million worldwide. This time around, The Smurfs 2 is getting even worse reviews but is still expected to win big at the box office, particularly overseas. It may, of course, be critic-proof. After all, what three-year-old reads reviews? But critics have a job to do and rarely can inform their Editors that they'd like to opt out of reviewing a particular movie. Clearly none of them wants to come down too hard on the little blue characters. Neil Genzlinger in The New York Times simply remarks, The movie doesn't have the wit of the first installment and seems as if it might be hard for young children to follow, though who knows with young children? Mark Olsen in the Los Angeles Times concludes that it's no markedly better or worse than the first and with just enough difference to lay claim to being something new. And while Phil Brown in the Toronto Globe and Mail argues that the movie is deeply irritating for an adult, the does concede that the target audience should eat up this new round of Smurf shenanigans (Smurfanigans?) to the dismay of the parents who love their children enough to sit through the schmaltz. But Kyle Smith in the New York Post remarks that the film simply carries on with the legacy of inanity and the most positive thing he has to say about it is that occasionally there's a contemporary or grown-up reference to freshen up this moldy blue cheese. And Peter Hartlaub in the San Francisco Chronicle offers this advice: Save the $20 and just take your kid into the backyard to pull the wings off flies, or burn ants with a magnifying glass. There's so much torture and suffering in this movie, it starts to feel like Zero Dark Smurfy.