Review of Blood Single by Editors 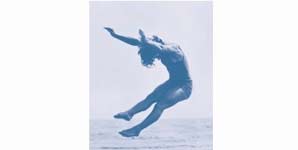 It's not that often that a band travels the road from obscurity to stardom in such a short time that the record company ends up releasing 3 singles twice from one album. If I'm not mistaken, this is the case with Editors, with this re-release of Blood being that 3rd release.

Swiftly sidestepping the pros, cons and morals of repeated releases from one album, let's move on to the music itself. Blood is one of the finer tracks from The Back Room, a simmering, punchy ride through that moody, taut world that Editors inhabit.

Tom Smith's lyrical venom is never closer to the surface than this track. "Blood runs through our veins, that's where our similarity ends" is true poetry, delivered, you imagine, with a wry smile. The guitar lines weave unconventionally through the track, building to a staccato climax, while bass acrobatics happen effortlessly in the background.

The cover of 'Orange Crush' is a relatively workmanlike affair, but perhaps exists to make Editors' point that their influences are actually bands like REM, not Joy Division as is so often carelessly assumed. Sadly the Oakenfold remix of Camera is a little pointless but fun nevertheless.

Editors are too good for any backlash to really stick – bring on the second album though please!