Editors - An End Has A Start Album Review

Review of An End Has A Start Album by Editors

Editors
An End Has A Start
Album Review 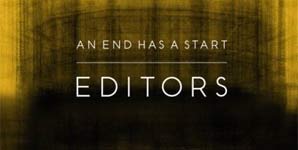 Common wisdom suggests that it's always the third album of a band's career that's the difficult one. With Editors it's actually the second, if only for the fact that trying to follow the brilliant and shining immediacy of debut The Back Room has got to be a tall order for anyone. Let's cut the drama and suspense now though - the band manage to meet that challenge with aplomb.

An End Has A Start is The Back Room's older brother. A little wiser, a little more relaxed about the world in general. This album knows how to talk to pretty girls without blushing.

The songs demonstrate a gentle maturity that's a superb step forward for the band. Even the anthems, and there's plenty of them, are less in-your-face, and more developed. The title track for example, together with 'Bones' have the winning Editors formula, all pumping bass, high-hat driven drums, and Tom Smith's silky croon, but crowned with a subtle sheen of melancholia perhaps missing on the debut album.

If pushed to define the characteristics that elevate Editors above their peers, you'd have to whittle it down to genuine, true emotion. It's the one thing that you can never really emulate or add in the mixing process - it has to be there to start with.

The Back Room always felt like music in black and white. Always stark and beautiful, yet somehow slightly cold. An End Has A Start is where the colour seeps into the picture. Truly gorgeous.