The World's End was based on a real life pub-crawl in the 1990s, though Edgar Wright only managed six of the pubs. 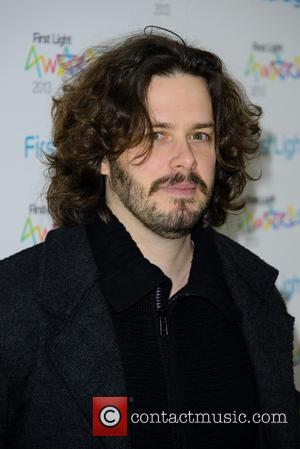 Edgar Wright's hugely anticipated sci-fi comedy The World's End premieres in London on Wednesday (July 10, 2013) bringing together the British director, Simon Pegg and Nick Frost for the final time (for the Cornetto trilogy, at least). The movie stars Pegg as an immature 40-something who persuades four friends to undertake a marathon drinking session in a small English town. 12 pubs. 12 pints.

The gang's likely unreachable goal is to make it to the final pub - The World's End - though events taken an unpredictable turn.

What audiences may not be aware of is that Wright's comedy is based on a true life pub crawl he and friends undertook in the 1990s. The filmmaker enlisted some of the finest British actors around - Frost, Martin Freeman, Paddy Considine and Eddie Marsan - to play his buddies, though made sure to invite the original pub-crawl line-up to the premiere.

"I've invited all of the people who came on the pub crawl with me to the premiere. Two of them I haven't seen in over 10 years. It's going to be amazing," he told BBC News.

"The pub crawl idea is something that had been been gnawing at me for a long time," Wright added on Tuesday, "I had tried to do it in my home town in Somerset - which is actually the place where we shot Hot Fuzz - and had failed miserably at the age of 19.It was a particularly memorable night even though I'd only got through six of the 15 pubs."

Check out our gallery from the World's End Irish premiere. The director, who was behind the camera for Shaun of the Dead and Hot Fuzz, revealed how he had taken Pegg and Frost on a follow-up pub-crawl in Somerset for they shot the first movie in the trilogy in 2004. "What was interesting was that second time around I was aware how pathetic it was trying to recapture this night from when I was a teenager.It struck me as something that was very rich for a character comedy."

The film opens in cinemas on 19 July, 2013. Reviews have been largely positive, with Robbie Collin of the Telegraph writing, "By turns trashy, poignant and gut-bustingly funny, and often all three at once."