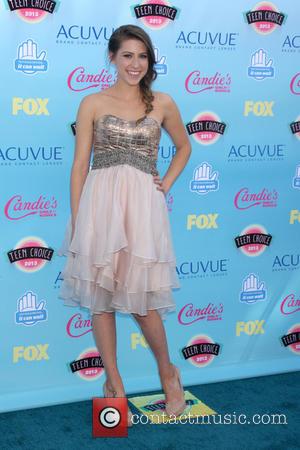 Actress Eden Sher is hobbling around with a broken foot after injuring herself during a surfing holiday.

The star, who portrays awkward teen Sue Heck on hit U.S. Tv comedy The Middle, sported a brace on her right foot during an appearance on U.S. talk show The View on Wednesday (23Oct13), and admitted that the sporting accident would fit right in with her clumsy onscreen character's storyline.

She said, "This is the most 'Sue' thing I've maybe ever done. I broke my foot surfing... I fell off my board and I flailed in the water and... the side of the board hit the side of my foot."

However, the 21 year old refrained from seeking medical help for three hours after the incident because she was convinced the pain was all part of the surfing experience.

She explained, "I was like, surfing is about pain, right?"