Vedder Saved From Drowning By Fishermen 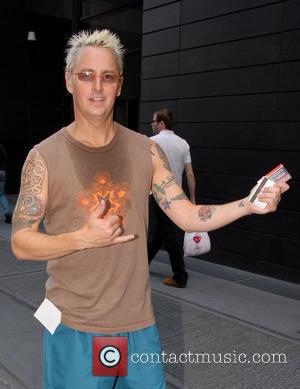 PEARL JAM star Eddie Vedder was rescued from a drowning death when Hawaiian fishermen spotted the rocker bobbing about in the waves.

The ALIVE singer was paddling an outrigger canoe between the islands of Oahu and Molokai with local singer/songwriter Jack Johnson's dad when the vessel overturned in rough seas, leaving Vedder trying to stay afloat miles away from land.

Johnson tells Rolling Stone magazine, "It was a big-wave day and they lost him in the swells. There was no way we could get back to him."

Johnson reveals Vedder was only lost at sea for a few minutes before island fishermen rescued him.

Eddie Vedder had a 'pretty serious' case of COVID-19

Eddie Vedder says Pearl Jam will work with producer Andrew Watt on their next album.