The British actor tied the knot to his partner of nearly three years in Somerset, England, on Monday evening (Dec 15th).

Eddie Redmayne is finishing out the year as a married man. The British star and his longtime love Hannah Bagshawe tied the knot at Babington House in Somerset, England, on Monday evening (Dec 15th). 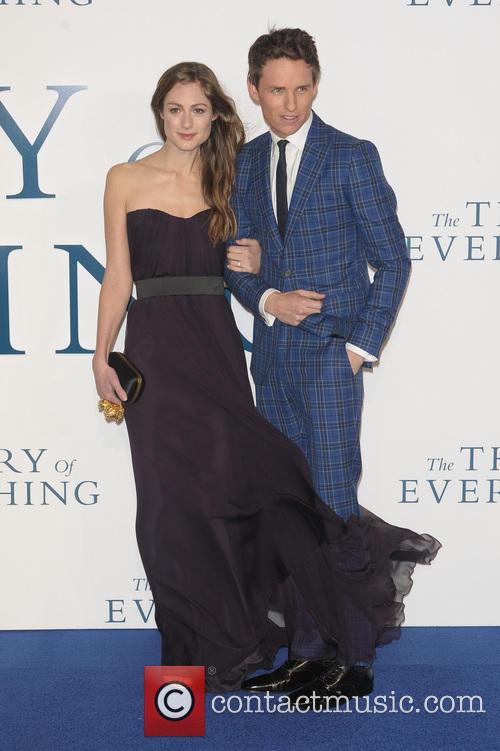 Redmayne and Bagshawe, who announced they were engaged this past June, said "I Do" in front of close friends and family during a candlelit ceremony that took place around 5.30 p.m. local time, Us Weekly reports.

The romantic venue was reportedly surrounded with candles as the gorgeous bride walked down the aisle to marry the 32-year-old actor. The theme of the newlywed's special day was a "Winter Wonderland."

More: Eddie Redmayne Could Be Oscars Bound for 'The Theory of Everything'

As well as becoming a husband, Redmayne is also a hot favourite in the upcoming movie award season for his portrayal of Stephen Hawking in 'The Theory of Everything,' for which he has already garnered nominations from the Golden Globes and Screen Actors Guild Awards.

"God, it feels lovely," Redmayne recently said on 'CBS This Morning'. "It feels very lovely, but, you know I was luck enough to, I enjoyed acting at school. And somehow, I've been able to keep doing that thing that I love doing as a child as a profession every day. You feel like you're waiting to be found out. Every day, you feel like you're, you're sort of bragging your way through life. But, the fact that I'm being honored means that people are enjoying your work and then you get to keep doing this thing? My God, what a privilege."

More: 5 Actors Who Could Play Newt Scamander In 'Fantastic Beasts And Where To Find Them'

Redmayne can be next seen in The Wachowskis-directed sci-fi 'Jupiter Ascending,' starring opposite Channing Tatum and Mila Kunis.