'I Am Cait' fan Eddie Redmayne

Eddie Redmayne is a huge fan of 'I Am Cait' and thinks the transgender star is an inspiration. 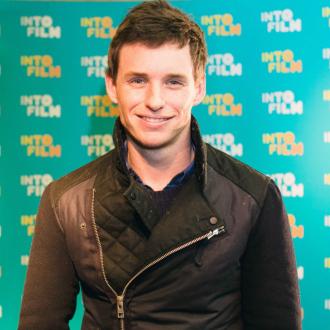 Eddie Redmayne is a huge fan of 'I Am Cait'.

The Oscar winning actor has been watching the reality TV show - which chronicles Caitlyn's journey after her gender transition earlier this year - and is impressed that she is using her fame to educate others.

Speaking about Caitlyn - who was previously known as Bruce Jenner - Eddie told E! News: ''I have been following Caitlyn's journey as the rest of the world has. Her story is such a unique story and her position is so unique, but what I found wonderful about 'I Am Cait' is that she's used it as a platform to really shed light on some of the more important issues within the community...and also educating people on the fact that her story is...a very unique one.

''If you don't have the wealth that she has, it could be even more complicated [with] access to health care and discrimination and all of those things, so I think [Jenner has] used her status incredibly well. It's really inspiring for me.''

Eddie is currently starring in 'The Danish Girl' which tells the true life story of Lili Elbe, one of the first known recipients of sexual reassignment surgery and he admitted that concern over a lack of transgender actors playing similar roles is valid.

He said: ''I think it's a really very valid discussion. There have been years of cisgender success on the back of trans stories and certainly within Hollywood there needs to be more opportunity.''