The final trailer for the new sequel is here.

Yet another trailer for 'Fantastic Beasts: The Crimes of Grindelwald' has arrived and fans are picking it apart eagerly and arriving at some very interesting conclusions about what to expect from the forthcoming movie which sees the return of Eddie Redmayne, Katherine Waterston, Dan Fogler and Alison Sudol.

We already knew that Newt was being sent to Paris and indeed that he was being asked to hunt down Grindelwald (Johnny Depp). In the final trailer we learn that Dumbledore (Jude Law) has directed Newt to a 'safehouse' where he can go and 'have a cup of tea'. We strongly suspect that the safehouse in question is that of the home of immortal alchemist Nicolas Flamel (Brontis Jodorowsky); a long-time friend of Dumbledore's and a man we know lives in Paris with his wife Perenelle.

Fans are confused as to why magizoologist is being tasked with such a feat rather than MACUSA aurors or Dumbledore himself, but JK Rowling insists there's a very good reason. 'I could write you an essay in response to this, but it would give you the whole plot of the Fantastic Beasts franchise, so not going to', she told one fan on Twitter.

There's also a lot of speculation that Lord Voldemort will have something to do with the film, or the future sequels at the very least. For starters, there are a number of characters in this movie with shared last names of Death Eaters: Vinda Rosier, Torquil Travers, Carrow and, obviously, Leta Lestrange (Zoë Kravitz). 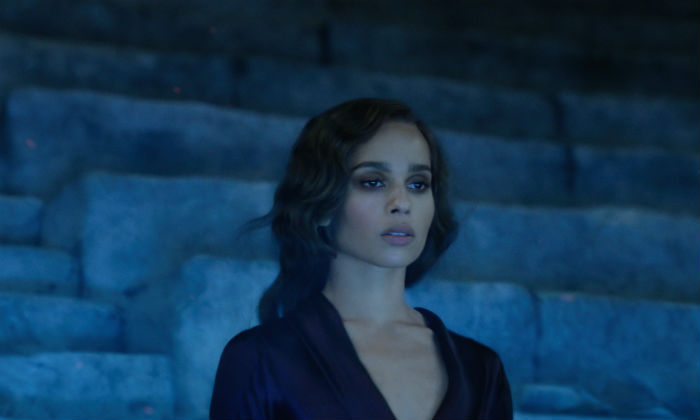 Then there's Nagini, who Potterheads will know is Voldermort's echanted snake with whom he can communicate and who also acts as a vessel for one of his Horcruxes. As it turns out, Nagini is a Maledictus; a witch with a blood curse that forces her to sometimes transform into a beast - a curse that eventually leads to full, permanent transformation.

She meets Credence Barebone (Ezra Miller) at the Circus Arcanus and it appears the two develop a close bond over their shared traumas. There are even hints that he's the one who liberates her. JK Rowling was this week forced to defend the ethics of casting a minority actress like Claudia Kim as a character who becomes enslaved and literally objectified, by explaining the origins of the character's name; though many fans are still angry at the representation. 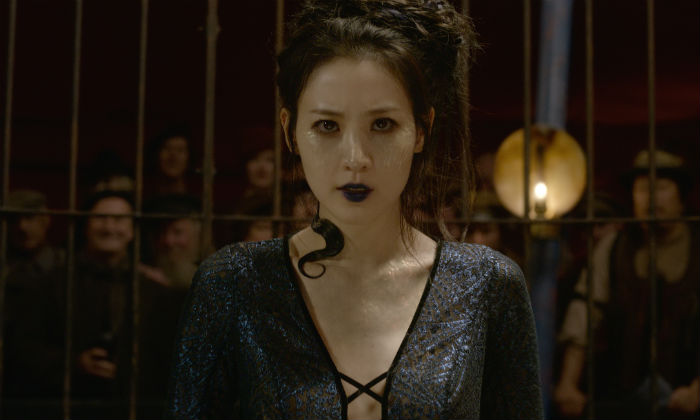 Most intriguingly, there's a lot aquatic magic going on. Queenie Goldstein is seen watching a tide of bewitched rushing water, while Newt rides a water creature in a lake that looks like it could be the Black Lake at Hogwarts. Then not forgetting the imagery from the other trailers; the strange building with a glass ceiling featuring possibly aquatic creatures and a witch named Melusine, after a folkloric mermaid. If you've read 'Goblet of Fire' you'll know that Dumbledore famously speaks Mermish (of course, the Lake mermaids certainly don't look like Melusine, but there could be a connection). 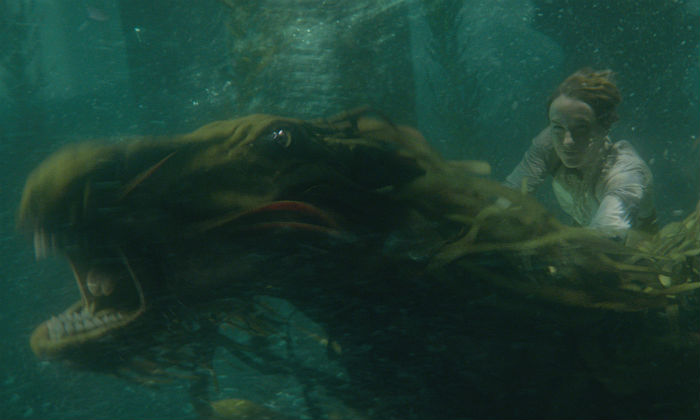 It's also made very clear that there's going to be tension between Newt and his war hero brother Theseus (Callum Turner) in the new film. In the trailer he is seen attacking him in that very glass-ceilinged building, and good for him! Seeing as how Theseus got engaged to Leta Lestrange knowing full well she was a friend and likely love interest of Newt's, and a Slytherin witch whose own reckless experimentation with a prohibited magical beast had his brother expelled from Hogwarts.

As for Grindelwald, we see him in what appears to be at least three stages of his life. Jamie Campbell Bower is the only actor from the 'Harry Potter' franchise to return in 'Fantastic Beasts', reprising his albeit brief role as a young Gellert Grindelwald within the Mirror of Erised. Then we see him with longer hair, possibly in a MACUSA prison and riding a Thestral-drawn carriage; and present-day Grindelwald with shorter hair, preaching his anti-Muggle polemic.

'Fantastic Beasts: The Crimes of Grindelwald' will be released on November 16th 2018. 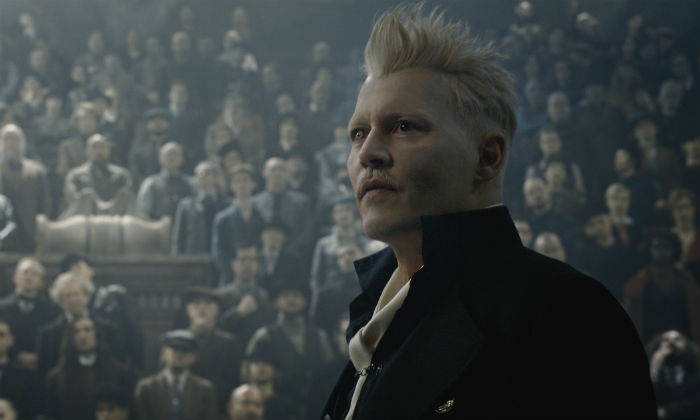