From School With Prince William To Waiting Tables At The Soap Awards: Eddie Redmayne's Path To Oscar Glory

Eddie Redmayne may be sitting on top of Hollywood after his Oscar win, but the actor was once serving drinks to rowdy soap stars.

On Sunday evening the world watched Eddie Redmayne take home the Best Actor Oscar for his performance as Stephen Hawking in The Theory of Everything. The British actor looked visibly shocked as he accepted the golden statue, telling the audience, "I don't think I'm capable of articulating quite how I feel right now.” 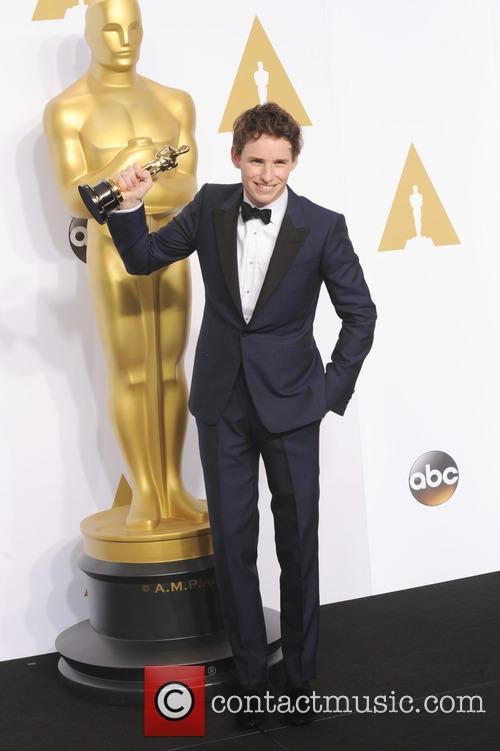 Eddie Redmayne after his Oscar win

But before he became an award winning movie star, Eddie Redmayne was just another pupil at the ultra posh English college Eton, living in the shadow of a famous classmate, one Prince William.

Yes down to earth Eddie actually went to school with the future king of England and there are pictures to prove it. The two were both prefects at the college in 2000 and were members of the 'Pop' society, which meant wearing colourful waistcoats and exercising school discipline, according to People magazine.

Redmayne has spoken in the past about his famous classmate, telling Glamour magazine last month that he also played rugby on the same team as William. "He’s a wonderful man," Redmayne said. "I always felt slightly sorry for him because everyone wanted to tackle the future king of England. He took all the hits.”

After leaving Eton, Redmayne’s path to stardom also included a gig waiting tables at the British Soap Awards, something which he remembers as his worst ever job.

Speaking to The Independent’s Jenn Selby back in 2011, while he was promoting My Week With Marilyn, Redmayne described his night of hell at the hands of Britain’s finest soap actors.

Eddie Redmayne was school friends with Prince William and here's the picture to prove it http://t.co/XvL3nlN0pk pic.twitter.com/Q8IfCU0NIz

“They feed all these soap stars with alcohol and then put them in the studio for the awards so they're more rowdy and it makes for better television,” Redmayne said.

“And I was thinking, 'No, please don't put another…' and them smashing everywhere. All these ‘Hollyoaks' actors were in hysterics and I was like, 'You bastards!’”

More: Eddie Redmayne Secures Oscar For Best Actor For 'The Theory Of Everything'

Unsurprisingly the ‘Hollyoaks’ stars didn't get a mention in Redmayne’s speech on Sunday, but the actor did pay tribute to physicist Stephen Hawking, who he portrayed in his Oscar winning role.

“This Oscar belongs to all of those people around the world battling ALS,” Redmayne said in his acceptance speech. “It belongs to one exceptional family — Stephen, Jane and the Hawking children. I will be his custodian. I will be at his beck and call. I wait on him hand and foot.”

Redmayne is now said to have returned to the UK after his big win and promised to visit the Hawking family to show off his new accessory.