Eddie Redmayne has revealed Stephen Hawking ''incredibly flirtatious'' when he met actress Felicity Jones in 'The Theory of Everything'. 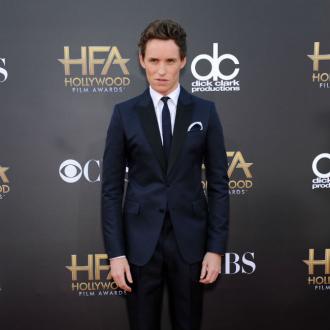 Eddie Redmayne says Stephen Hawking was ''incredibly flirtatious'' when he visited the set of 'The Theory of Everything'.

The 32-year-old actor portrays the revered physicist in the new biopic and admits he was in awe of the professor's charm and wit when he was introduced to Eddie's co-star Felicity Jones, who plays his ex-wife Jane Wilde in the film.

Speaking in the January issue of Esquire magazine, Eddie said: ''It's amazing, the aura he has. You're so used to how he looks - the silhouette and the voice - and I was really nervous. I just waffled - talking about him, to him. It was pretty embarrassing. Felicity came in and they got on like a house on fire. Stephen was incredibly flirtatious. A complete player.''

Eddie had to work very hard to be cast as Stephen in the film and admits his initial excitement turned to fear when he realised the size of the task ahead of him.

The British star knew he had a responsibility to accurately portray Stephen's physical difficulties, caused by his motor neuron disease, on screen.

Eddie - who spent hours in a wheelchair on set - revealed: ''There's a moment of excitement when you get a part like this, which soon gives way to dread. We knew if we screwed it up we'd be lambasted because Stephen is such an icon.

''I'm not going to lie, it was demanding and pretty intense. But we had fun, too, just as Stephen does. He doesn't live a disease, he lives a forward-thinking, funny life.''