The 'Theory of Everything' star Eddie Redmayne has revealed that he learnt how to act through ''osmosis''. 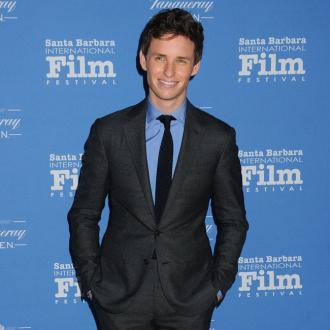 Eddie Redmayne learnt how to act through ''osmosis''.

The 'Theory of Everything' star has revealed that he has a bizarre method of trying to emulate the acting skills of those he appears alongside.

He said: ''With acting, you learn, by observing and hopefully by osmosis, a bit about the craft and the actual work, but it's also about behaviour and how you treat people.

''The key to film acting, really, is that everything about the circumstance is entirely fake. You have thousands of people, money, cameras and technology, and you have to be at your most relaxed, and yet everything around is the least relaxing you could possibly imagine.

The 33-year-old actor - who won a Golden Globe for Best Actor for his portrayal as Stephen Hawking in the biographical drama - also admitted that he found it ''frightening'' moving from the stage to the screen.

He told Collider.com: ''I found it genuinely frightening. I had done theatre for a few years. I got into acting through theatre.

''Suddenly, I got this extraordinary opportunity to be in a film ['The Good Shepherd'] that Robert DeNiro was directing.

''With the whole film world, suddenly you're flying across the Atlantic, you're staying at hotels in New York, you're being taken to work in big SUVs with blacked-out windows, and you arrive at a studio and there's Angelina Jolie and Matt Damon, so there are paparazzi outside. You get inside and there are these beautifully complicated sets that have been built, and everywhere you look, there's a famous person.''