Eddie Redmayne feels ''relatively relaxed'' about the Oscar Awards because he doesn't have to sing at the ceremony like he did last time. 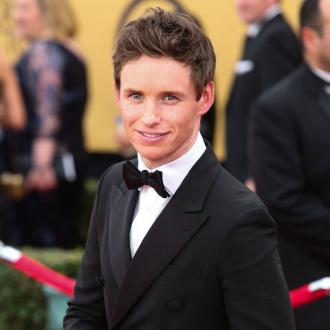 The 33-year-old actor may be up for the Best Actor gong for his role in 'The Theory of Everything' at the ceremony in Los Angeles on Sunday (22.02.15) but the hunky star hasn't been struck down with any pre-event nerves because he believes it'll be a lot less stressful than the last time he attended the ceremony.

Speaking to E! host Ryan Seacrest on the red carpet, he said: [I feel] relatively relaxed. Last time I was here I knew I had to sing, and just before I went on there was a guy in a headpiece, [and he said], 'There's a billion people watching.' My vocal cords can't hack that so tonight feels relatively chill in comparison.''

The British heartthrob was in his element as he posed for photographs in his sexy navy blue suit and bow tie while he rubbed shoulders with the likes of Sienna Miller and Benedict Cumberbatch.

He added: ''It's lovely [being here with] Ben Cumberbatch and Sienna Miller. We all started out together years ago, and it's always extraordinary when you get to see friends in the most extreme circumstances.''