Eddie Redmayne Blesses His Newborn Daughter With The Most Adorable Name

The actor is a first time father.

Congratulations to Eddie Redmayne and his wife of a year and a half Hannah Bagshawe, who have just announced that they welcomed their first child into the world last week; a daughter named Iris Mary Redmayne who was born on Wednesday (June 15th 2016) according to reports. 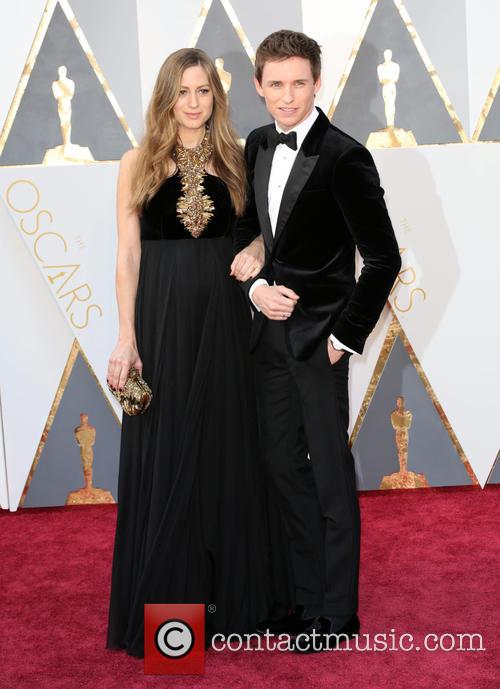 The 'Fantastic Beasts And Where To Find Them' star revealed to fans that he and Hannah were expecting a baby back in January this year and they officially announced her arrival with a report in UK newspaper The Times; the same publication in which they announced their engagement back in June 2014.

Following a very private wedding ceremony in December 2014, they also decided that they would keep the child's sex a secret; from themselves as well as everybody else. 'It's gonna be a surprise', Redmayne told the Daily Mail in February. 'It's one of the great surprises that still exists in the world.'

The birth came just in time for Father's Day (June 19th 2016) and it is the first child for both 34-year-old Redmayne and for 33-year-old PR executive Hannah Bagshawe. The pair have been dating since 2012 having first met while the actor was still at Eton. They got closer when they spent time in Italy during Redmayne's filming of 'Les Miserables' and they married at the elite Babington House in Somerset before Christmas in 2014.

Redmayne revealed to Mail Online that they had their own ideas about parenthood before the birth. 'We have this sort of dream of like wooden toys, and all that, and everyone's like, 'Yeah you always start off like that, but you end up with like, iPhones!'' He confessed.

The actor has got a lot to keep him busy now, not least with fatherhood and becoming the face of Prada. His next film, 'Fantastic Beasts and Where to Find Them', is due for release in November and he's also working on a new Nick Park animation called 'Early Man' in which he lends his voice to the character Dug.