Eddie Redmayne dedicated his Academy Award for Best Actor at Sunday (22.02.15) night's ceremony to Stephen Hawking and his family. 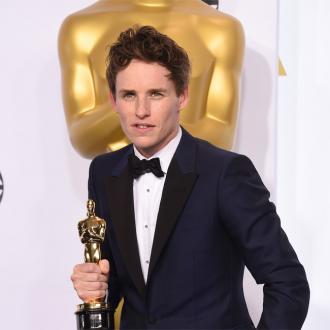 Eddie Redmayne dedicated his Oscar to Stephen Hawking and his family.

The 'Theory of Everything' star picked up the Best Actor gong at the ceremony on Sunday (22.02.15) night and insisted that his ''lucky'' win should ''belong'' to the Hawking family.

After collecting the award, he told the audience: ''Thank you. Thank you. I don't think I'm capable of articulating quite how I feel right now. I'm fully aware that I am a lucky, lucky man.

''This Oscar belongs to all of those people around the world battling ALS. It belongs to one exceptional family - Stephen, Jane and the Hawking children. I will be his custodian. I will be at his beck and call. I wait on him hand and foot.

''Thank you to Hannah [Bagshawe], my wife. I love you - we have a new fella coming to share our apartment.''

The 33-year-old actor - who beat the likes of Michael Keaton, Bradley Cooper, Steve Carell and Benedict Cumberbatch for the prize - can now place his Oscar next to his other trophies including a Golden Globe, a Screen Actors Guild Award and a BAFTA Award amongst others, all of which he picked up for his portrayal of the legendary physicist in the biographical film.