Eddie Redmayne lost his wedding ring while filming 'The Danish Girl' just weeks after getting married. 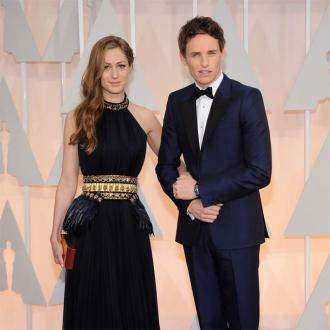 The 33-year-old actor - who tied the knot with Hannah Bagshawe in December - had to remove the jewellery to shoot scenes for his new movie 'The Danish Girl' and was horrified when it suddenly ''disappeared'' one day.

He admitted: ''When you're filming you have to take off these things and I actually lost my wedding ring so this a new wedding ring that is being worn.

''I was pinning it to my costume every day and one day it disappeared.''

And Eddie found it hard admitting to his wife that he had lost the important piece of jewellery.

He added to E! News: ''I sort of skirted around it, but anyway I like the new one.''

The 'Theory of Everything' star is loving every second of being married.

He gushed: ''I'm loving the first year of marriage. I'm a lucky man.''

The couple recently enjoyed a second honeymoon after cutting short their original post-wedding holiday so Eddie could attend the Golden Globe awards, where he picked up the Best Actor - Drama prize.

Speaking before the Oscars, where he also picked up Best Actor, and asked what he wanted to do after awards season is over, he said: ''Vacation, vacation, vacation. It's a wondrous circus, but I think after I finish the next film, maybe a beach with some transparent water. I've never been on one of those holidays. I'd need to take a lot of sun cream, though.''