Eddie Redmayne says his fiancée, Hannah Bagshawe, is the mastermind behind their upcoming wedding, but he loves being engaged. 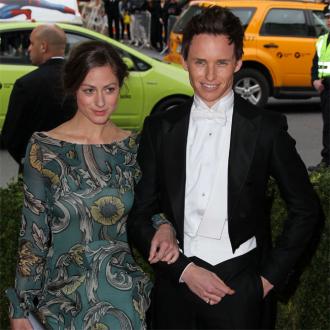 Eddie Redmayne says his fiancée is the mastermind behind their upcoming wedding.

The 32-year-old British actor, who got engaged to his publicist Hannah Bagshawe while on holiday in late May, insists he isn't a groomzilla and is very relaxed about their nuptials.

Speaking about their engagement, the 'Les Miserables' star told E! News: ''It's going good! It's amazing!''

Asked about their wedding plans, he added: ''I'm sort of leaving most of it up to my fiancée, but we're getting there!''

Eddie, who was briefly linked to Carey Mulligan after they were spotted holding hands in New York City in 2011, popped the question to his girlfriend of more than two years after asking his future father-in-law for permission.

A source previously said: ''He had been planning it for a while. They have a very relaxed and supportive relationship... they seemed to have always know they were going to spend the rest of their lives together.''

''[He] has been basically a part of the family for years now.''

The actor previously admitted he was ''lucky to be with someone who is very supportive'' and credited Hannah for his red carpet style.

He said: ''I'm color blind. I'm confused with colors. When I go out to premieres and events, I have to check with my girlfriend that the trousers match the top... I recently wore a blue suit - and I had to ask her if it was really blue rather than purple. She assured me it was blue. I could not tell the difference. I'm lucky to be with someone who is very supportive.''