Eddie Redmayne was euphoric when landed the role of Stephen Hawking in the new biopic 'The Theory of Everything'. 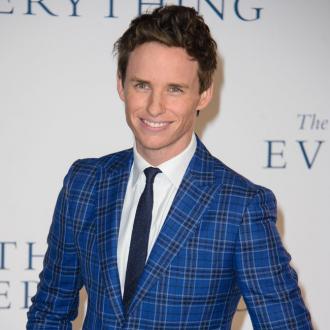 Eddie Redmayne was euphoric when he got to play Stephen Hawking in the new biopic 'The Theory of Everything'.

The 32-year-old actor did plenty of research prior to the first day of filming for the new movie, in which he stars as the celebrated physicist alongside Felicity Jones, but Eddie concedes much of his on-set self-confidence was nothing more than bravado.

He said: ''Like any job interview, you persuade the people in charge that you 're really confident - that you know what you're doing. And then you get it, and there's a moment of static euphoria.''

Eddie also revealed he had the opportunity to meet the theoretical physicist prior to filming, and was surprised to learn that he's an easygoing character.

He recalled to BANG Showbiz: ''I met Professor Hawking five days before we started filming. I'd spent about four months researching him and when he arrived, the first thing he said was, 'Call me Stephen'. I'd was calling him the professor before then.''

Eddie and Felicity, 31, play the roles of Stephen and Jane Wilde in the new film, which centres on their relationship and marriage from 1965 to 1995.