Eddie Redmayne praised his ''old friend'' Benedict Cumberbatch as a ''wonderful human being'', ahead of tomorrow (22.02.15) night's Academy Awards, which sees the pair both nominated for the Best Actor gong. 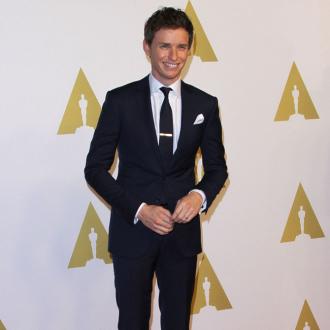 Eddie Redmayne thinks Benedict Cumberbatch is a ''wonderful human being''.

The 33-year-old star was full of praise for his ''old friend'' ahead of tomorrow (22.02.15) night's Academy Awards, which sees the pair both nominated for the Best Actor gong.

He told the Daily Star newspaper: ''We are old, old friends. I think he is the most staggering actor and wonderful human being.

''Our films are completely different and hopefully there is room for both of us.''

Benedict, 38 - who recently tied the knot with Sophie Hunter - is nominated for his portrayal of Alan Turing in 'The Imitation Game', whilst Eddie received his nomination for his part as Stephen Hawking in the biographical film, 'The Theory of Everything'.

It has already been a great award season for Eddie as he has picked up a Golden Globe, a BAFTA award and a Screen Actors Guild award amongst others for his portrayal of the legendary physicist and he recently admitted that his award show successes were the ''stuff dreams are made of''.

He said: ''I've actually been away working this week rehearsing for a new film. I haven't worked since 'The Theory of Everything', so it's good to go back and remind myself this is what I do...

''It's been the most exhilarating thing. It is in some ways the stuff dreams are made of.

''But you get back into the cold rehearsal room on the outskirts of London somewhere and its back to the gritty of filmmaking. It's certainly a crash to reality, but a wonderful one.''