Eddie Redmayne apologised to Stephen Hawking for his academic choice

Eddie Redmayne met with Professor Stephen Hawking ahead of portraying him in upcoming biopic 'Theory of Everything' and admits he apologised to the physicist for studying art history at college. 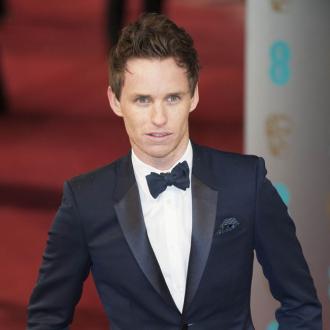 Eddie Redmayne apologised to Stephen Hawking for studying art history when he met him.

The 32-year-old actor plays the acclaimed theoretical physicist in upcoming biopic 'Theory of Everything' and when the met the British professor he felt unworthy in his presence.

''This man has discovered how the universe operates and I explained how, for the film, the complexities of physics had to be pared down to present it all as simply as possible.

''I apologised to him for having studied art history. He understood and smiled.''

The film is based on an autobiography by Stephen's first wife Jane Wilde, who married him after he was diagnosed with motor neurone disease - a condition which sees the deterioration of the nervous system, usually weakening muscles in the body - in 1963 before he turned 21.

Redmayne researched the condition in depth to ensure he was able to do the professor justice with his portrayal and was astounded by the ''formidable'' spirit of Hawking, 72.

The actor - who had to visit an osteopath to treat the pain he suffered from contorting his body for the role - said: ''He was given two years to live and that made him determined. How does someone get that kind of diagnosis and choose to live that kind of life? He chose to live life with a twinkle in his eye.

''It's been unlike anything I've ever done, and when you're portraying someone as formidable as Hawking, you feel a responsibility to portray it as a real condition and not make it up. My body was manipulated into different shapes in front of a mirror to match what happened to him.''