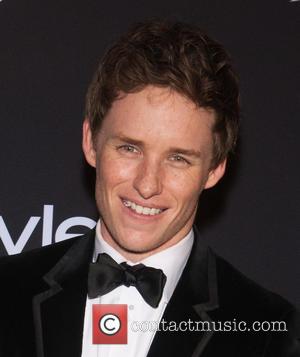 Redmayne earned a Best Actor nomination for The Theory of Everything and will go head-to-head with fellow Brit Cumberbatch for his role in The Imitation Game. They will compete with Bradley Cooper (American Sniper), Steve Carell (Foxcatcher) and Michael Keaton (Birdman).

Brits are also well represented in the Best Actress category with nominations for Felicity Jones (The Theory of Everything) and Pike (Gone Girl). Other nominees include Julianne Moore (Still Alice), Reese Witherspoon (Wild) and Marion Cotillard (Two Days, One Night).

Knightley picked up a nomination for Best Supporting Actress for The Imitation Game and will compete with awards season favourite Patricia Arquette (Boyhood), Laura Dern (Wild), Meryl Streep (Into the Woods) and Emma Stone (Birdman).

Best Picture nominees include The Theory of Everything, Birdman, The Grand Budapest Hotel, Boyhood, Selma, Whiplash, The Imitation Game and American Sniper.

Winners will be announced at the ceremony held at the Dolby Theatre in Los Angeles on 22 February (15), hosted by Neil Patrick Harris.

More: Sam Smith Leads The Way With Five Nominations For 2015