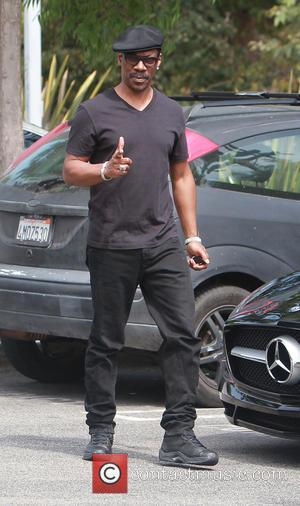 Poor Eddie Murphy - who has not died - must be thinking that people want him dead after yet another death hoax circulated last week about the comic actor's sad demise. Murphy's career might be on the way out, following the grim critical and commercial reception to his latest film 'A Thousand Words', but he's positively spritely still, although perhaps a little aggrieved with the latest rumor that he'd died in a snowboarding accident in Europe, the fifth that has popped up about him in the last year or so. Truly, people don't have much trust in Murphy's abilities to keep himself alive. Celebrity death hoaxes are nothing new of course, and spread like wildfire these days given the rise of social networking sites like Twitter and Facebook. Here's a couple more that you might remember from recent months.

1. Gotye Commits Suicide By Shooting Himself, March 2012
So your video's been viewed over 200 million times on Youtube and made you an absolute global chart sensation. Times must be pretty tough ey? Apparently so for Australian musician Gotye who shot himself with a 9mm pistol. CNN reported it and everything. But were their facts strictly accurate? Not according to a rather close source - Gotye himself, who Tweeted "I'm not dead." In response to the story. Ah.

2. Cher Passes Away, According To Kim Kardashian, January 2012
This one wasn't so notable because of how she died - in fact that part was left relatively unexplained - but it was given added impetus when that special, special lady Kim Kardashian opted to Tweet to her 12 million followers that she'd overheard of the singer's passing. "Did I just hear that Cher has passed away? Is this real? OMG." No, Kim, you didn't. That didn't stop her continuing to speculate though: "I hope this is a twitter joke and not true. I don't see it on the news anywhere. I'm praying its not true" as thousands of people corrected her. Eventually getting the gist, she wrote "Can't believe people would make up a sick joke like Cher died. These people need to get a life! Thanks Twitter for clearing that up." Sure Kim.

3. Jeff Goldblum Falls Off A Mountain, June 2009
From a couple of years ago, the timing of this looked to be incredible, with both Michael Jackson and Farrah Fawcett passing away on the same day that actor Goldblum tragically fell to his death on the set of a new movie in New Zealand. Had he? Had he bobbins. "Reports that Jeff Goldblum has passed away are completely untrue," said the actor's publicist in a statement. "He is fine and in Los Angeles." A spate of TV appearances not long after fully put the kibosh on the rumors.

4. Kanye West Dies In A Car Crash, October 2009
Not long after Jeff, an even bigger rumor rocked the internet as big Yeezy himself, Kanye West died in a tragic car crash. Twitter was abuzz with the news as one of the biggest stars in the music game looked to have passed away before his time. Not all seemed convinced though, not least his then-girlfriend Amber Rose, who angrily wrote "This 'RIP KanyeWest' topic is not funny and its NOT TRUE! He has people like myself and his family that love him very much" on Twitter. Continuing, she fumed "It's in extreme poor taste to have that as a trendy topic. It's totally disrespectful to make up a story like this we're all human."

5. Morgan Freeman Passes Away In His Home, December 2010
As you might've guessed by now, Twitter has been the main source for many a death hoax in recent years, and never more was that the case when news of Morgan Freeman's untimely passing came out, with a user re-tweeting a message from Cnn that had reported the news. But was all what it seemed? No, as the profile had in fact completely fabricated the "RT", Cnn denying that they'd ever issued the original Tweet. Nice try.