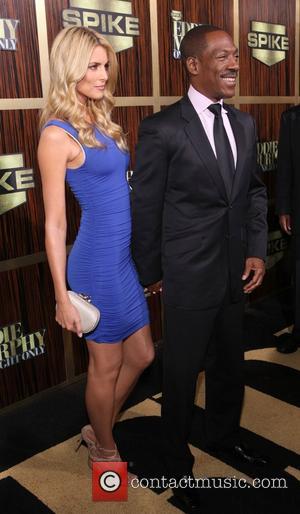 Eddie Murphy has topped one of Forbes magazine's annual lists for 2012, though unfortunately for him, it details the world's most overpaid actors. The actor - who was reportedly commanding $20 million a movie around the turn of the millennium - returns just $2.30 for every $1 he is paid for each of his films.

The stats make Murphy the most overpaid actor in Hollywood, with recent flops including Meet Dave, Imagine That and comedy Tower Heist concreting his No.1 spot. The latter was the most successful of Murphy's recent flicks though it still only earned $152 million on a $75 million budget. The Beverly Hills Cop star can probably take solace in the fact that he returns SOME amount of money for investors, with 2011's most overpaid Hollywood star Drew Barrymore bringing in just 40 cents for every $1 she was paid. Murphy could claw himself out of the list in the next couple of years, with one movie in particular already generating hype. Murphy has signed on to star in Ivan Reitman's comedy Triplets, a sequel of the classic Twins, starring Arnold Schwarzenegger and Danny Devito. The film revisits both of the original characters Julius and Vincent as they discover they have a third sibling, played by Murphy.  Even if the movie was a critical dud, Triplets would almost certainly do good business at the box-office.

Elsewhere on this year's most overpaid actors list, Katherine Heigl placed at No.2 after returning just $3.40 for every $1 she was paid for her movies. After past commercial hits including Knocked Up, Heigl has appeared in a couple of romantic-comedy bombs such as One For The Money, which took just $37 million. Reese Witherspoon was in at No.3 with $3.90 for every $1 paid, while Nicolas Cage brought in $6 for every $1.