Ed Westwick has joined up with 'The Inbetweeners' stars James Buckley and Joe Thomas as the stars on a sides-splitting new BBC Two comedy about a double-glazing salesman in the eighties entitled 'White Gold'. The 6-part series sees Damon Beesley at the helm and will premiere this month.

'White Gold' is set in Essex in 1983 and sees 'Gossip Girl''s Ed Westwick as the charismatic salesman Vincent Swan. He is accompanied by his sales team of two; the morally questionable yet charming Fitzpatrick played by James Buckley and the rather more principled Lavender played by Joe Thomas.

The show has been created by Damon Beesley ('The Inbetweeners', 'Siblings'), who drew on his own childhood experiences of when his own father sold double-glazing. ''White Gold' has lived in my head for thirty years', he explained. 'Ever since I heard my father describe the UPVC plastic which framed the double glazed windows he sold as being 'as valuable, gram for gram as gold' I was captivated.'

In those days, selling double-glazing wasn't quite the uncomfortable, despised venture that it is now. 'My dad was a double-glazing salesman in the early days of the industry, before double glazing salesman became the national pariahs that we all know and loathe', he continued. 'But back then, in the early 80s, white plastic windows were a status symbol of upward mobility.' 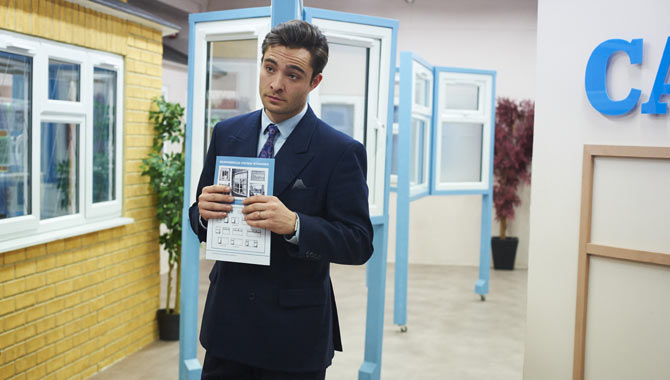 In the 6-episode series, Vincent, Fitzpatrick and Lavender embark on a money-making journey rife with scams and dodgy dealings while enjoying a life brimming with drugs and women that ultimately transforms into hilarious series of escapades. It features an appropriately dated soundtrack with the likes of Rod Stewart, Hall and Oates and Ian Dury.

Ed Westwick may be best known for his role as Chuck Bass in 'Gossip Girl', but he also led the cast of 2015 detective series 'Wicked City' and appeared in the crime drama 'Snatch' which premiered earlier this year. Meanwhile, since 'The Inbetweeners', Joe Thomas and James Buckley have been busy with separate projects. While the former went on to star in 'Fresh Meat', the latter made his Hollywood debut in 'Charlie Countryman' opposite Shia LaBeouf.

'White Gold' launches on BBC Two later this month with the DVD release out July 3rd 2017. 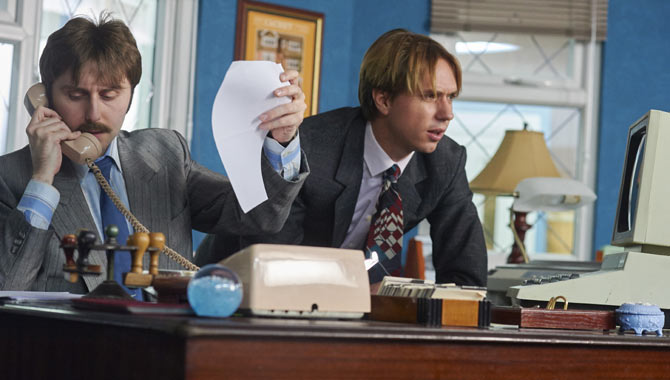