The lawsuit has been filed by his co-songwriters.

Matt Cardle would like everyone to know that he is not suing Ed Sheeran for copyright infringement; that matter is completely down to the main writers of his 2012 single 'Amazing'. In fact, despite the obvious similarities between the chorus of 'Amazing' and that of 'Photograph', he's still a huge fan and isn't personally seeking any money from him. 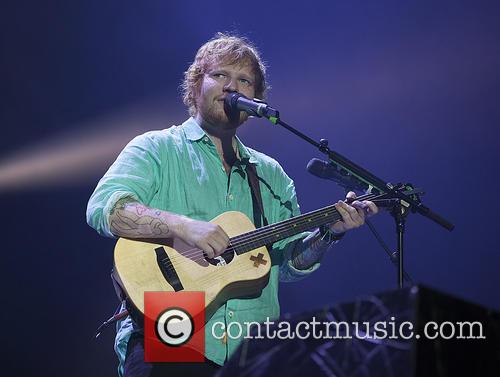 The former 'X Factor' singer has reached out on Twitter to speak for the first time about the lawsuit that has been taken out against Ed Sheeran recently, insisting that he is not the one involved in the legal dispute despite singing one of the songs in question. 'Please read news articles closely', he told his 866k followers yesterday. 'This is not my lawsuit. I think Ed Sheeran is a genius and 100% deserves all his success.'

Songwriters Martin Harrington and Thomas Leonard are filing a lawsuit against Sheeran for alleged similarities between Cardle's single 'Amazing' (which they co-wrote in 2009) and Sheeran's single from 2015 'Photograph' from his album 'x'. They claim that the latter is a 'note-for-note' copy of Cardle's song and are seeking £20 million for copyright infringement.

'The chorus sections of 'Amazing' and the infringing 'Photograph' share 39 identical notes - meaning the notes are identical in pitch, rhythmic duration, and placement in the measure', the lawsuit reads. 'The songs' similarities reach the very essence of the work. the similarity of words, vocal style, vocal melody, melody, and rhythm are clear indicators, among other things, that 'Photograph' copies 'Amazing'.'

Please read news articles closely. This is not my lawsuit. I think @edsheeran is a genius & 100% deserves all his success ?????? X

Ed Sheeran and his people are yet to speak publicly about the matter, and have as of yet neither confirmed nor denied the allegations stated in the suit. Sheeran vowed to step away from social media at the end of last year, so we're unlikely to hear any statements in the usual places.