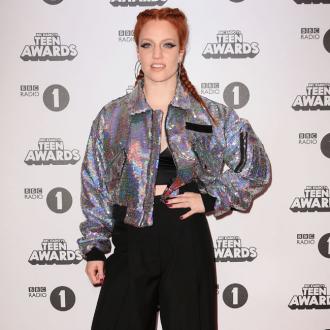 The 'Shape of You' hitmaker stormed the charts earlier this year with his comeback LP '÷' following 12 months away from the spotlight but, despite his busy schedule, the flame-haired hunk has still managed to find some time to pen two tracks titled 'Thursday' and 'Woman Like Me', for Jess' forthcoming record as she's hoping to emulate his success when she drops her new sound later this year.

A source told The Sun newspaper: ''After the success Jess enjoyed with her first album, she has been able to pick and choose who she works with but was delighted that Ed came on board. His offerings are set to be major components of Jess's album - his songwriting and her distinctive sound are a perfect fit.''

And, although she's no doubt thrilled that she's been given the opportunity to work with Ed, the 27-year-old singer is also eyeing up a collaboration with Beyoncé.

But the 'Hold Up' hitmaker isn't the only artist the 'Hold My Hand' hitmaker has her eye on as she's also keen to catch the attention of rapper Chance - whose real name is Chancelor Bennett - as she's been a fan of the hip hop legend since he started out in the industry and can't wait to hear his next album.

She explained: ''There are so many people I look up to as artists. I really love Chance at the moment. I'm kind of a bit obsessed with him. I've been a fan since the beginning but I'm waiting for a new album. I'd love to work with Chance.''