Ed Sheeran has booked some strong support for his Wembley shows.

Ed Sheeran has announced a high profile slate of support acts for his three-night stint at Wembley Stadium this summer. Sheeran will be joined by Rudimental, Example, Passenger and Foy Vance will open on different nights. 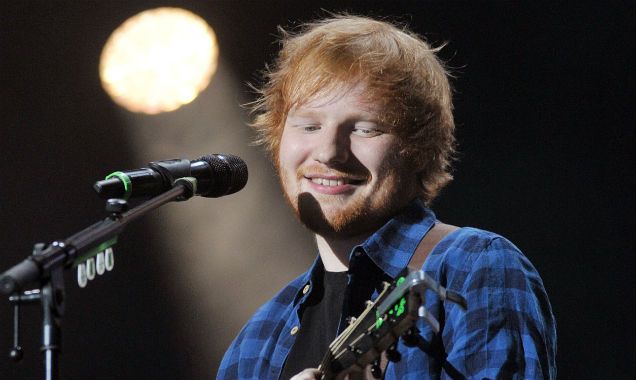 Ed Sheeran will be joined by OneRepublic, Foy Vance, Rudimental and Example at Wembley Stadium

On July 10, OneRepublic and Foy Vance take to the stage, while on July 11, it'll be Rudimental and Example.

On the final night, OneRepublic will return, with Passenger also joining the bill.

Sheeran had previously spoken to DigitalSpy explaining why he initially chose to keep the support act secret.

"It's more of a surprise rather than buying a ticket for the whole day knowing who's going to be there, so I wanted to sell out the gigs before I announced the supports," he explained.

"I've got three acts every day and they're all multi-platinum. They're all great and some of them have played Wembley before."

Earlier this year, Oasis star Noel Gallagher criticized the booking of Sheeran at Wembley, telling NME, "I don't think I can live in a world where [Sheeran playing Wembley] is even possible. When you hear that kind of polished pop and then there's a ginger guy with a f**king guitar it seems subversive, but it's f**king not."

Sheeran revealed that he texted the British musician to offer him tickets.

"He's always going to be the guy who's outspoken," Sheeran told Radio 2. "I wasn't offended. I found it quite cool to be in his interview.

"I texted him because I have his number and asked him if he'd like some tickets. He wrote back, 'You cheeky so and so. My daughter would love some."