Ed Sheeran wants his next album to be 'most loved'

Ed Sheeran wants his next album to be the ''most loved'' by his fans. 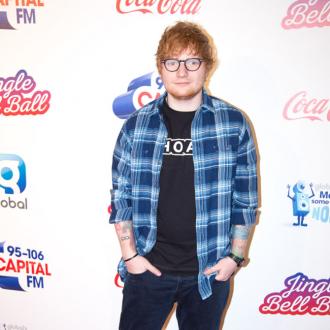 Ed Sheeran wants his next album to be the ''most loved''.

The 26-year-old singer and songwriter is planning to release a ''lo-fi album'', which he wants to be his ''lowest selling'' LP, although he hopes it will be the most preferred release among his fans.

Speaking to The Times newspaper, the 'Castle on the Hill' hitmaker said: ''My plan is a lo-fi album that will be my lowest-selling, but most loved.''

Ed has revealed he has recently heard Bruce Springsteen's music, which he instantly fell in love with.

He explained: ''I only heard Springsteen recently. I was with Kit [Harington] from 'Game Of Thrones'. We had a night out in New York, got back to his hotel to drink more, and he played 'Atlantic City'.

Meanwhile, Ed has revealed he is a huge fan of Labour party leader Jeremy Corbyn, and he thinks his interest in the politician is evident in his music.

He said: ''I love Corbyn. I love everything Corbyn is about. And I feel people thought that, because I didn't put myself behind him, I wasn't a Corbyn supporter. If you knew me as a person, and listened to my music, you would be able to make a pretty educated guess that he would be the kind of person I really dig.

''He cares about other people. He cares about all classes, races and generations, and that's how I was brought up - we need more people that care about everyone.''