Ed Sheeran To Join Elo At The Grammys 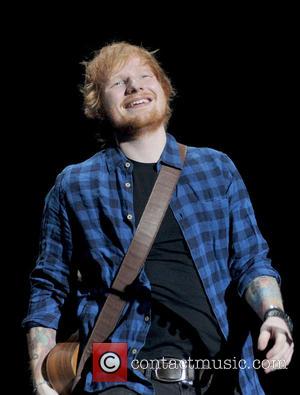 Ed Sheeran will team up with Electric Light Orchestra leader Jeff Lynne for a hits medley at the Grammy Awards on Sunday night (08Feb15).

The get together will be one of many collaborations set to hit the stage at music's big night.

Chris Martin will join Beck and Sam Smith will perform with his collaborator Mary J. Blige.

Meanwhile, rapper Common has confirmed Beyonce will be joining him and John Legend for a tribute to the civil rights movement at the Grammy Awards.

The R&B diva, who is up for six awards at music's big night, will perform Take My Hand Precious Lord before joining Legend and Common for their Oscar-nominated song Glory from the soundtrack to the film Selma.

Common tells Us Weekly, "We do have an incredible introduction to our performance, a segue into our song Glory, as a tribute to Selma, being done by the great Beyonce. That's one of the greatest talents you can have."