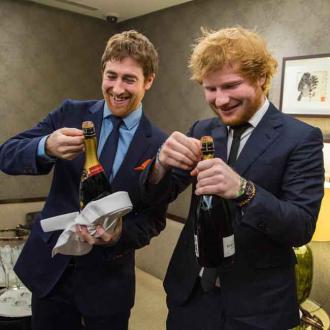 The 'Thinking Out Loud' hitmaker has launched his own record label - which is a subsidiary of Warner Music UK LTD - and has expressed his excitement about working with up-and-coming artists.

Ed said: ''I'm extremely excited to be starting-up my own label. It's something I've been planning for some time. I've always loved endorsing acts from the very beginning and I get to work with artists I truly believe in.''

The 24-year-old star - whose second studio album 'x' is the most streamed record on Spotify ever - has also revealed the details of his first signing, Jamie Lawson, who he recently championed at a tiny show in London and who will release his album later this year.

He added: ''My first signing is Jamie Lawson - he's an incredible talent, who I've known for a couple of years, and we've actually been on tour this year across Australia and the UK/Europe. Jamie's self-titled album is coming on October 9 and I can't wait for you to hear it.''