Singer Ed Sheeran Played A Secret Late-night Gig At Latitude Festival On Friday (17jul15), Telling The Crowd It Was A "Dream Come True". 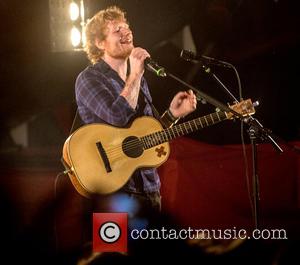 The Thinking Out Loud hitmaker performed on the Brit festival's woodland iArena stage after Alt-J had finished their set, NME.com reports.

With a short set that featured Lego House, Don't, and covers of 50 Cent's In Da Club and Blackstreet's No Diggity, he said he had remembered dreaming of being on the stage at the festival, and posted a photo of the crowd on Instagram.com with the caption, "Latitude secret set!"

Portishead will headline the festival - which is celebrating its 10th anniversary - on Saturday (17Jul15), while Noel Gallagher's High Flying Birds will close the event on Sunday (19Jul15). Other acts performing over the weekend include The Vaccines, Manic Street Preachers and Wild Beasts.