Ed Sheeran and his former flame Camilla Severi partied together in Brisbane on Saturday night (02.03.13) following his gig in the Australian city. 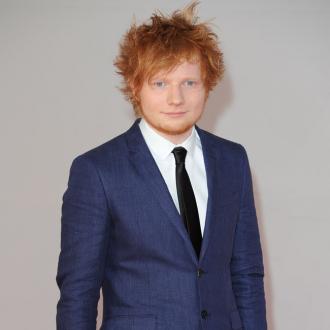 Ed Sheeran partied with his ex-girlfriend in Australia on Saturday night (02.03.13).

The 'A Team' hitmaker - who is believed to be dating Taylor Swift, although the pair have always insisted they are just good friends - invited his former flame Camilla Severi, to his after-party following a gig Down Under in Brisbane.

The 22-year-old singer and the former Australian 'Big Brother' star - who hooked up last year after he played a gig in the Queensland city - met at the Hilton hotel, where he was staying, at 11pm before partying at the bar with his crew.

A source told The Sun newspaper: ''They got together when Ed played in Brisbane last year. Their relationship didn't last long but they parted on good terms and kept in touch.

''She has even visited him in the States when he's toured over there.''

Ed and Taylor - who has had a number of failed relationships with stars including Jake Gyllenhaal, Joe Jonas, Taylor Lautner and most recently One Direction singer Harry Styles - were linked to each other last week following reports they spent the night together before last month's BRIT Awards.

The flame-haired singer and the 23-year-old beauty were said to have stayed up talking until 4am at the 'I Knew You Were Trouble' hitmaker's London hotel.

Ed was spotted leaving the hotel the next day in the same clothes he had been wearing the night before.

The pair will spend a lot more time together this year when the 'Lego House' singer supports Taylor on her 'Red' tour in North America, which starts later this month and runs until November.